Christine McVie on Fleetwood Mac’s Drug-Fueled Relationships & Creativity During Rumours: “We were having a blast” – 2022 – Songbird 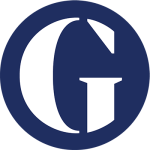 The Guardian: Fleetwood Mac’s Christine McVie: ‘Cocaine and champagne made me perform better.’ You can read the entire interview @ this location.

What is your favorite period in Fleetwood Mac’s history and why? 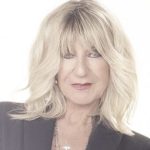 I would be silly not to say the Stevie [Nicks] and Lindsey [Buckingham] era, because that was pretty sensational. We had our fights here and there, but there was nothing like the music or the intensity onstage. We weren’t doing anything in Britain, so just decamped to America and fell into this huge musical odyssey.

Stevie and Lindsey had been playing as a duo, made a great record [Buckingham Nicks], which to this day I really love, but hadn’t got very far. I think it was Mick [Fleetwood] who invited them to meet us.

We all met in this Mexican restaurant, drank a few margaritas and decided to give it a go. We all got into this little rehearsal room, and it just shot off like firecrackers.

What was it like being at the center of the Rumours hurricane, with all the drug and relationship issues and stunning creativity?

It’s hard to say because we were looking at it from the inside, but we were having a blast and it felt incredible to us that we were writing those songs. That’s all I can say about it, really.

Fleetwood Mac had a legendary alcohol and drug intake. In Keith Richards’ autobiography, he acknowledges some “blanks” in his memory. Is this the same for you?

No. I have to say I’m not guilt-free in that department, but Stevie and I were very careful. The boys used to get provided with cocaine in Heineken bottle tops onstage, but Stevie and I only did the tiny little spoons. I suppose sometimes we got a bit out-there, but we were quite restrained, really.

I always took fairly good care of myself. My drug of choice was cocaine and champagne. I didn’t use any other drugs at all. It’s easy for me to say, but I think it made me perform better. Maybe somebody could tell me different [laughs]. 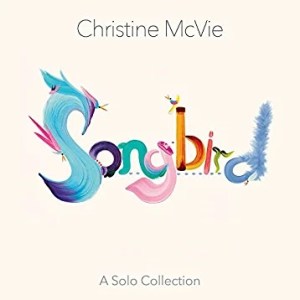 McVie is getting set to release a new ‘best of’ album called Songbird (A Solo Collection).

The 10-song collection combines songs from her two solo albums, Christine McVie (1984) and In The Meantime (2004), as well as two previously unheard studio recordings, including ‘Slowdown,’ which was composed for the 1985 film American Flyers.

“I was asked to write a song for a film about a cycling competition. So, I thought we’d give it a go. So that’s why the lyrics are sort of muddled up with a little bit of a love song, a little bit of cycling. And it turned out really well, but they didn’t end up using it. We thought it was a pity to waste it, so it’s on here”.