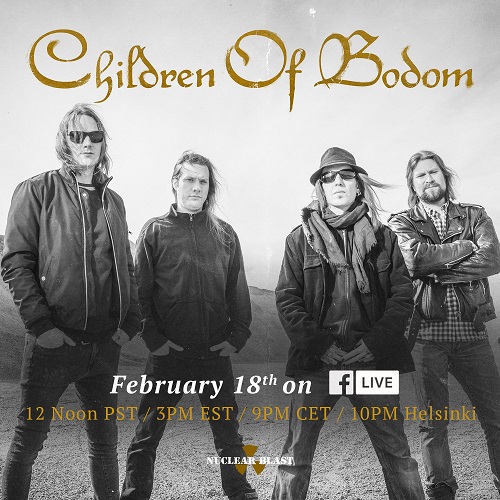 Finnish metal band Children of Bodom will be doing Facebook Live event talking about the recording of the new album and answering your questions.

In November 2017, bassist Henkka Seppälä revealed in an interview that the group had half of the material written for the next album.  The band is scheduled to begin recording in March 2018, with an expected late 2018 release.