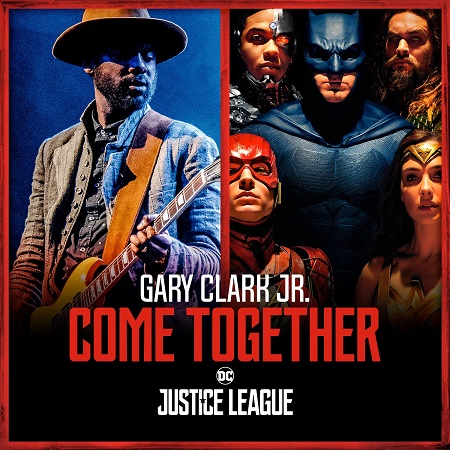 Gary Clark Jr. just released a new video for his cover of The Beatles classic “Come Together.”  The track will appear on the soundtrack for the DC/Warner Brothers film, Justice League, in theaters November 17th.

“Come Together” was recorded at The Village Recorders in Los Angeles and was produced by Junkie XL, Mike Elizondo and Sam de Jong.  The video was directed by Kris Merc and has been embedded below.