Boz Scaggs: The Making of the 1969 Self-Titled LP 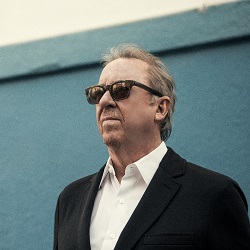 Boz Scaggs (Official):  Over the course of six concentrated days, Scaggs and the musicians spanned American music, cutting minor blues (“I’ll Be Long Gone”), a cover of a song by country founding father Jimmie Rodgers (“Waiting for a Train”), R&B shuffles (“I’m Easy”), and vampy country (“Now You’re Gone”). On the last day of the sessions, just as the horn section was packing up, everyone realized there was still time on the clock to cut one more track if so desired. Scaggs remembered a song he’d heard guitarist Elvin Bishop and his band play in a Massachusetts club a few months before, a desolate-alley Fenton Robinson blues called “Loan Me a Dime.”
⠀⠀⠀⠀⠀⠀⠀⠀⠀
Read the full story on Boz’s 1969 self titled album @rollingstone

Inside the making of Boz Scaggs’ self-titled 1969 LP https://t.co/joXFLykS5K pic.twitter.com/XHHgibzE8J

Fifty years ago, a handful of milestone albums set the tone for rock of the following decade. Crosby, Stills & Nash initiated a fresh approach to harmonies and looser group names; the eponymous debut by the Allman Brothers Band laid the foundation for the Southern rock of the Seventies. And setting the scene for the white soul-pop that would explode with the likes of Hall and Oates was Boz Scaggs’ self-titled album, which Atlantic Records rolled out on this day in August 1969.

Technically, Boz Scaggs wasn’t a debut; Scaggs had served time in the Steve Miller Band and had recorded an acoustic folk-blues album, Boz, released in Sweden in 1966. Co-produced by Scaggs, engineer Marlin Greene, and Jann S. Wenner, founder and editorial director of Rolling Stone, Boz Scaggs was the San Francisco singer-songwriter’s proper, full-on introduction as a solo artist, and it paved the way for the success Scaggs would have in the following decade, especially the million-selling, multiple-hit Silk Degrees. – read the article

Previous: Matt Pinfield, The Killers “All These Things That I’ve Done” – Brandon Flowers
Next: Hellyeah to Reschedule Headline Gigs 2019