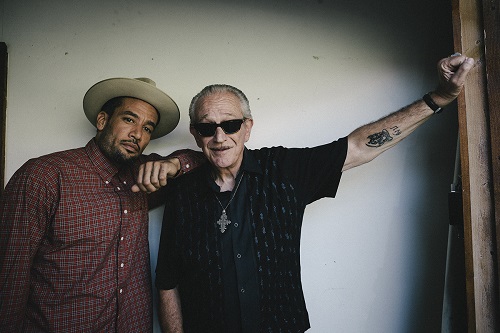 On March 5th, The New York Times’ live conversation series TimesTalks will host an intimate evening of conversation and performance with Grammy Award winning, multiplatinum-selling artists Ben Harper and Charlie Musselwhite, who have teamed up once again on their new album No Mercy in This Land, available worldwide on March 30th.  Their last collaboration, Get Up!, won a Grammy for ‘Best Blues Album’ in 2014. With all New York City shows featuring Harper and Musselwhite sold out, don’t miss this unique opportunity to hear live a musical expression of the kinship between the two as they recount personal stories that undeniably add to the sonic history of American struggle and survival.