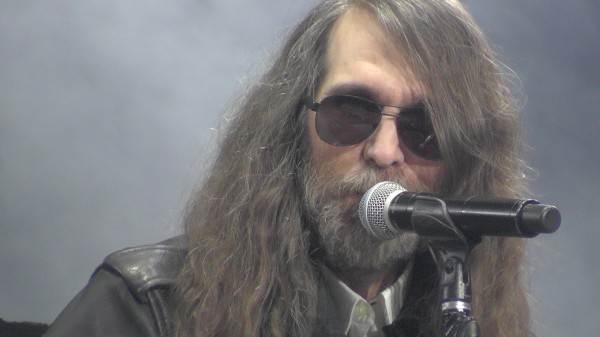 Producer / Composer / Songwriter Paul O’Neill has passed away at age 61 due to a chronic illness. O’Neill is best known for founding the Trans-Siberian Orchestra, a group that sold over ten million records and over 10 million concert tickets. He was also a crucial component in the making of several classic Savatage records, including Hall of the Mountain King. Other notable production & songwriting credits include Aerosmith’s Classic Live I and II (co-producer on both), the self-titled album from Badlands (producer / songwriter), featuring Jake E. Lee, and Heaven’s Knockin’ on Heaven’s Door (producer / songwriter).  A statement from the Trans-Siberian Orchestra family can be read below:

“The entire Trans-Siberian Orchestra family, past and present, is heartbroken to share the devastating news that Paul O’Neill has passed away from chronic illness.

“He was our friend and our leader — a truly creative spirit and an altruistic soul. This is a profound and indescribable loss for us all.

“We ask that you respect Paul’s family’s privacy now.

“We will make additional announcements shortly.”

“From 2000- 2009 the TSO Winter Tour was my ritual, as East Coast stage left guitarist during Nov/Dec. Although it’s been a number of years since I moved on from the annual multi-month holiday trek, news of Paul O’Neil’s passing is no less sad and shocking. What began as a small theatrical rock show during the holidays (with appearances at The Beacon, the Orpheum in Boston and other old time theaters) led to packed arenas (often two in a day) including Madison Sq Garden, performances on shows like GMA and Regis & Kelly and jamming with guests from Joan to Joe (Jett & Walsh), from Roger to Tyler (Daltrey & Steven). While I confess – at the risk of saying what some might not wish to hear – that my own musical preferences run counter to some of the TSO fare (I’m not alone here, but won’t “out” any of my former colleagues), there were enough cool musical moments to balance things out and more importantly, audiences so intensely appreciative that for 2+ hours onstage, a performer’s private tastes (along with the unavoidable exhaustion, inevitable aches and occasional ailments such a grueling tour will bring), faded away as though by the magic described within the show’s narrative. TSO became “The Nutcracker” for the classic rock generation and their families; Paul somehow knew this was needed before the audiences knew themselves. TSO had/has little In common with “cool” culture (an appreciative Tweet from The Roots’ QuestLove was a rare collusion), yet it somehow didn’t matter. This was something for a market as massively ignored by the music industry as it was massive. Besides, show me any prestigious artist of classical, jazz, visual art, indy rock or anyone else ever considered “cool,” “critically lauded” or other terms not often associated with TSO and I’ll show you someone near and dear to them – aunt, nephew, mom, cousin, grandma or other relative – who’s a massive TSO fan. For artists, the gig was a career break that came with a humbling realization – one was now part of a much bigger picture, a shining star within a Milky Way- like galaxy (and similar sensory overload). After my own self-imposed touring hiatus for music studies in the early 00s, some were shocked to see my reemergence later, giving 100%+ onstage and realizing that one’s stage performance needn’t conflict with individual musical development and depth (and could even help those things come across more strongly). I owe my coming out of the proverbial shell while on the bandshell (along with many great experiences, friendships, music biz connections etc…) to this admittedly crazy, wildly generous, fiercely creative and inhumanly driven character, who’d often call me and others “Boss” as a term of endearment.
Rest In Peace, Boss”