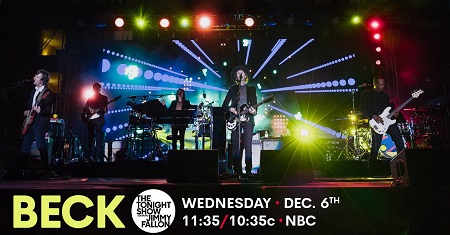 On Wednesday (December 6th), Beck will be the featured musical guest on the Tonight Show Starring Jimmy Fallon. Tune in to NBC at 11:35/10:35c.

Beck will be promoting his thirteenth studio album, Colors, which was released on October 13, 2017 via Capitol Records. The album was recorded between 2013 and 2017, with Beck producing alongside Greg Kurstin.

We’ll embed the performance below when it’s up.  In the meantime, listen to his single, “Up All Night.”