Anthrax: Today In 1988, ‘State Of Euphoria’ Was Released 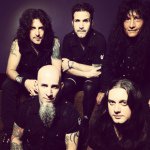 Anthrax (Official): Stand up, you know what it means…Wake up, time to live your dreams

Today In 1988, our 4th album “State Of Euphoria” was released through Megaforce & Island Records.

“Who Cares Wins”, dealing with the plight of the homeless, & “Antisocial” (A cover of the song by the French band Trust) were released as singles with accompanying music videos.

“Misery Loves Company” is based on the Stephen King novel “Misery,” while “Now It’s Dark” was inspired by the David Lynch film “Blue Velvet,” specifically the behavior of sociopath Frank Booth, as played by Dennis Hopper. 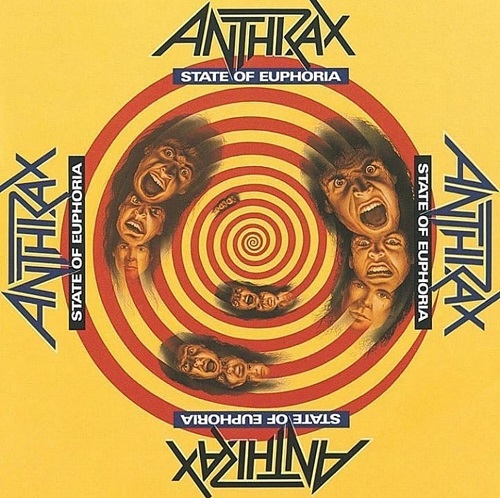 Anthrax ‘State of Euphoria’ – Inside the Album
The excerpt below was taken from the full in bloom interview with producer / engineer Alex Perialas.  You can listen to the entire interview @ this location.