Alice Cooper to Perform with Original Band Members on May 14th 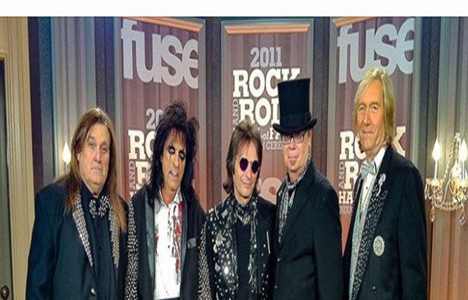 Alice Cooper will reunite with his former bandmates (considered the classic lineup), featuring Dennis Dunaway, drummer Neal Smith and guitarist Michael Bruce, for a performance at the Tennessee Performing Arts Center’s Andrew Jackson Hall on May 14. Nashville is the only date on the 2017 ‘Spend the Night with Alice Cooper’ tour where fans can experience a special mini-set featuring the four original members of the group, who were inducted into the Rock and Roll Hall of Fame in 2011.

This will be a show within a show type situation, with Alice Cooper performing with his current touring band AND with the original band members in a mini-set.

“We’ve recorded much of my last album and my new one in Nashville and it’s such a great music town,” said Cooper. “With so many musician, songwriter and producer friends here, as well as great rock fans who come to our concerts, it’s special to be performing with Neal, Michael and Dennis in Nashville for them.”

Tickets on sale now at TPAC.org or call 615-782-4040 – VIP packages are available through the TPAC Box Office for a limited time.