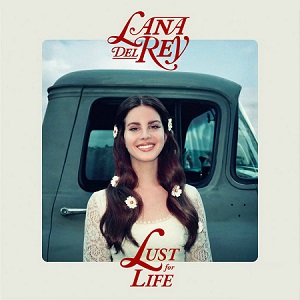 “White Mustang,” the new official video from Lana Del Rey, can be viewed below. The track is taken from the singer’s latest album, Lust for Life, which was released on July 21, 2017 via Polydor/Interscope Records.

Lust for Life hit #1 on the Billboard 200 chart, after selling 107,000 equivalent album units (80,000 in traditional album sales) in its first week. The album also debuted at #1 on the UK Albums Chart, giving Del Rey her third #1 album.

Previous: Listen to Gary Numan on BBC Radio 6 Steve Lamacq
Next: Jim Carrey’s Red-Carpet Fashion Week Interview, “I wanted to find the most meaningless thing that I could come to”