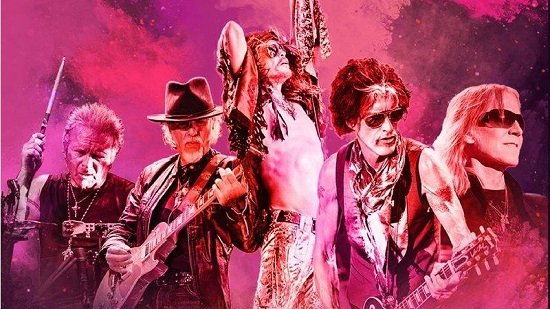 Aerosmith are getting set to close out MTV’s 2018 VMAs tonight (August 20, 2018) at Radio City Music Hall in NYC.  Word on the street says the group will be performing with Post Malone. UPDATED – Watch the video below.

Aerosmith recently announced their 2019 Las Vegas residency.  Initially, guitarist Joe Perry revealed in an interview with NBC Boston in late 2017 that the residency would launch in the fall of 2018, but those plans were apparently scrapped after the band changed the dates to coincide with their 50th anniversary.  Their Las Vegas stay now kicks off in the spring of 2019.