AC/DC Biographer: “AC/DC Will Continue with Axl (Rose) on Vocals” 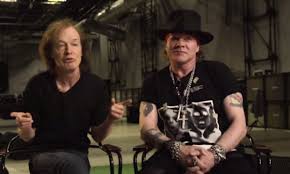 Murray Engleheart (AC/DC Biographer): “Speculate all you want but I’ve said it before and I’ll say it again: AC/DC will continue with Axl on vocals – new album, touring, the whole nine yards. What was a massive gamble by Angus (Young) turned out to be an equally enormous triumph that has set the scene for the future.”

Murray Engleheart is one of Australia’s most respected music writers with a career that spans more than a quarter of a century. He is a noted authority on AC/DC and has interviewed the members of the band on numerous occasions.