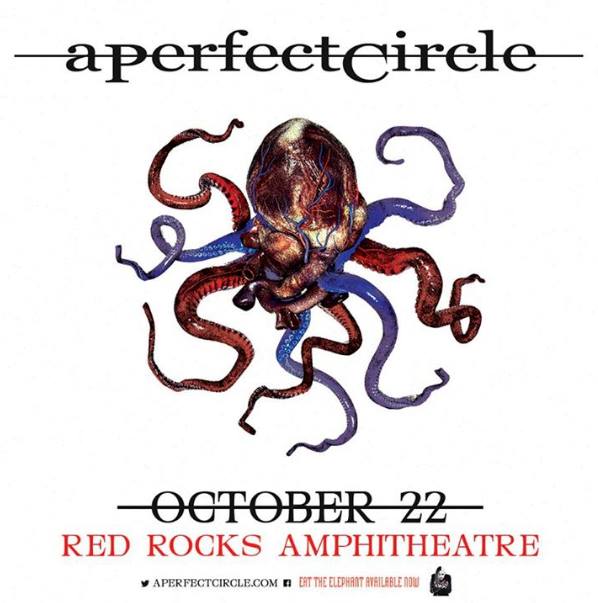 A Perfect Circle will perform at Red Rocks in Morrison, Colorado on October 22nd.  Tickets are on sale now at this location.

A Perfect Circle released their fourth studio album, Eat the Elephant, on April 20, 2018.  It marked the group’s first release since 2004’s Emotive.  The album debuted at #3 in the United States on the Billboard 200 chart and also debuted in the top 10 in 8 other countries.