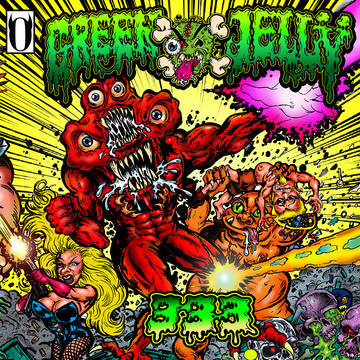 This album was nominated for a Grammy in 1994 and went on to sell 200,000 copies that year which at the time was seen as surprisingly unfavorable. This is the first time this album has ever been on vinyl, and Green Jelly’s 40th year as a band!

Side A: 1 Carnage Rules (featured on the Super Nintendo and Genesis games with the same title) 2 Orange Krunch 3 Pinata Hed 4 Fixation 5 The Bear Song (featured in Dumb and Dumber) 6 Fight

View a list of participating stores near YOU @ RecordStoreDay.com