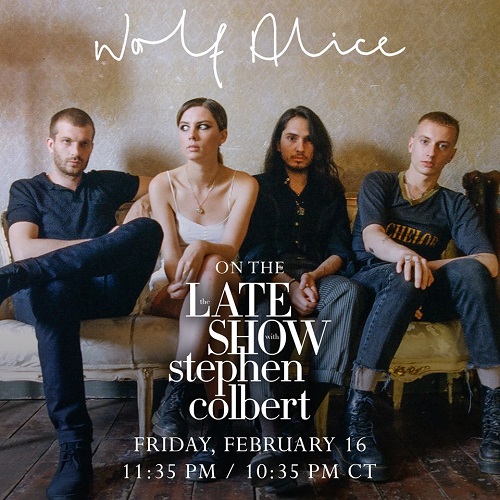 Wolf Alice will be the featured musical guest on The Late Show with Stephen Colbert on Friday, February 16th. Tune in @ 11:35/10:35PM CT on CBS. Check back, we’ll embed the performance below.

The group released their second studio album, Visions of a Life, on September 29, 2017.  Although the album peaked at #190 in the United States on the Billboard 200, the band from North London reached #2 in the United Kingdom on the Official Albums Chart.  Their single, “Beautifully Unconventional,” has been embedded below.

Previous: Maynard Keenan on New Tool Album, “Words & Melodies 100% DONE on all but 1”
Next: Iron Maiden: Nicko McBrain’s ‘Somewhere in Time’ Kit @ Drum One + ‘Seventh Son of a Seventh Son’