ABC7 Los Angeles recently conducted an interview with musician Marc Ferrari. The former Keel guitarist talked about his new children’s book called Don’t Dilly Dally, Silly Sally. A clip of the interview can be viewed above.

“Those who have children often say that being a parent is the most rewarding thing in life,” says Ferrari. “We all know that kids bring immense joy to our lives but they can sometimes be frustrating when they don’t do what we want them to when we want them to. My amazingly talented and beautiful daughter was no exception and at a very early age she showed a proclivity for procrastination. Whenever we were running late (which was most often the case!) I used to say “Don’t Dilly Dally Silly Sally” and the title stuck with me. This was the inspiration for my second book which was recently published by Belle Isle Books. Told in playful rhyme, Don’t Dilly Dally, Silly Sally is a tribute to all the Silly Sallys of the world who march to the time of their own beat, and to the parents, grandparents, and caregivers who love them. This delightful book celebrates uniqueness, shares a valuable lesson, and plants the seed for ultimate success.” 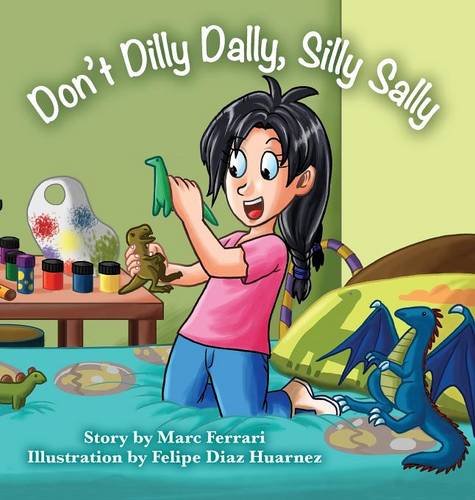 In addition to selling over 2 million albums with Keel, Ferrari formed MasterSource, which became one of the most successful independent music publishing companies in the world, licensing over 4,000 songs to film and television.

Make sure to read our old school interview with Marc Ferrari.