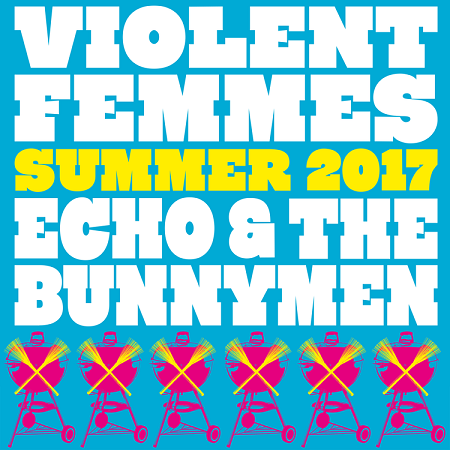 Violent Femmes and Echo and the Bunnymen just announced a co-headlining North American tour, set to launch this summer. Tickets will be available on April 7th at 10 AM local, pre-sale will be available for select dates. A list of dates can be viewed below.

The Violent Femmes are still promoting their latest release, We Can Do Anything. Their ninth album was released just over a year ago and marks the first full-length effort from the band since Freak Magnet, released in 2000. They are reportedly working on a follow-up, expected to be released before the end of the year.

Echo and the Bunnymen’s most recent album, Meteorites, was released in 2014.