Roger Waters was the featured musical guest on The Late Show With Stephen Colbert on Monday (05/08/17). Waters, along with his group, performed the new track “Déjà Vu” from his forthcoming album Is This the Life We Really Want?, available June 2nd via Columbia Records. You can now view the entire performance in the clip above.

The new solo effort, Waters’ first since 1992’s Amused to Death, was produced by longtime Radiohead producer Nigel Godrich. You can listen to the studio version of “Déjà Vu” below.

Beginning on May 26th, Roger Waters will hit the road for his Us + Them North American tour, which he says will “be a mixture of stuff from my long career, stuff from my years with Pink Floyd, some new things. Probably 75% of it will be old material and 25% will be new, but it will be all connected by a general theme. It will be a cool show, I promise you. It’ll be spectacular like all my shows have been.”  A list of tour dates can be found at this location. 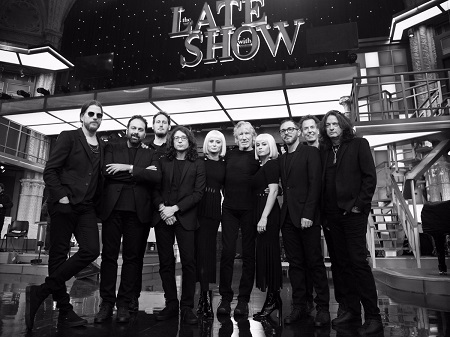