Tom DeLonge: “Front page Fox News right now and if you scroll down you will see their nod toward To The Stars Academy with having our logo bright and centered… Things are heating up, and this is just the beginning.” 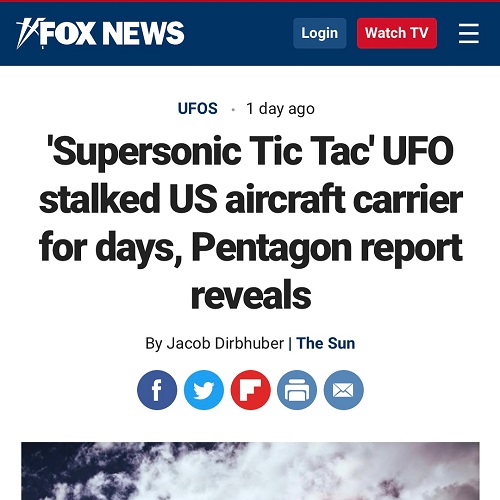 A supersonic UFO shaped like a Tic Tac stalked a U.S. aircraft carrier for days before vanishing into thin air, according to a bombshell Pentagon report.

The object, which could reportedly hover in midair and make itself invisible, bamboozled U.S. Navy fighter pilots during a training exercise in the Pacific Ocean. 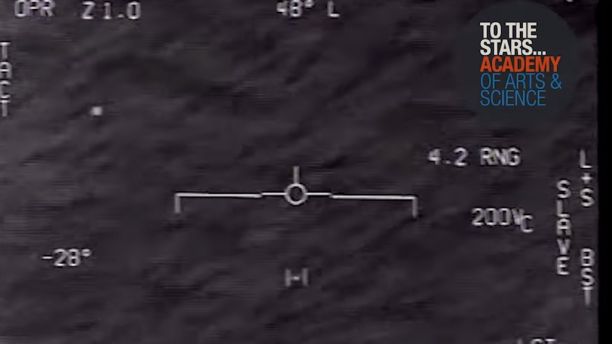 The leaked report, obtained by Las Vegas’ KLAS tv station, tells how the USS Princeton, a Ticonderoga-class guided missile cruiser, had multiple radar contacts with what it dubbed a Anomalous Aerial Vehicle (AAV). Read the entire article at this location.

Previous: Dee Snider “Tomorrow’s No Concern” Official Lyric Video Premiere – 2018
Next: Hiss Golden Messenger on Phil Cook’s New Album, “It is a beautiful and moving and tremendous” ‘People Are My Drug’