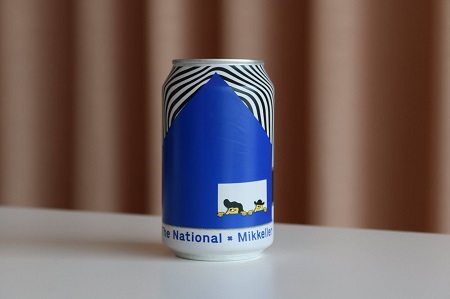 The National now have their very own beer, Reality Based Pils, made in collaboration with the world famous Danish microbrewery Mikkeller.  The craft beer will be available in all of Mikkeller HQ’s locations and outlets within the next month.

Mikkeller Mikkel CEO Borg Bjergsø and The National’s Aaron Dessner became friends a few years ago when they were introduced through Jacob Gram Alsing, a mutual friend and COO of Mikkeller.  “The National is one of my absolute favorite bands and we have been talking about making a beer together for a long time. I’m excited that it finally happened,” says Bjergsø.

“We are all huge fans of Mikkeller, so to have Mikkel make a recipe specifically for us is very exciting,” says Dessner. 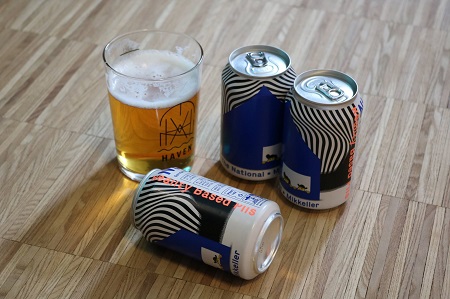 The band and the brew master agreed on a traditional beer style. No fruit, chocolate, chili, coffee, barrel ageing or spontaneous fermentation. Just a straight up pilsner.

“After many years of drinking, tasting and brewing all sorts of different beer styles, I’ve kind of gone back to the roots. The only beer I have in my own fridge at the moment is pilsner, so making that style of beer for The National was an obvious choice,” says Bjergsø. Mikkel’s preference suited the members of the band perfectly.

“We like clear and crisp beers when we come off stage and need to cool down,” says Dessner, who along with his band members chose the name ’Reality Based Pils’ based on an excerpt from their song ’Walk it Back.’  The song quotes the infamous George W. Bush advisor, Karl Rove, who talked about how easy it has become to manipulate facts and how a “reality based community” may be a thing of the past.

“Politicians and others are now able to artificially shape reality using various means of propaganda and media manipulation. So it’s a frightening thing, the world is upside down. Imagining a ‘Reality Based Pils’ also gives us a much needed laugh,” Dessner explains.