Alex Skolnick: “Sad days for the world of guitar. Dick Dale was a cultural force whose influence could be heard in film soundtracks – from the James Bond Theme to Pulp Fiction (his own track opens the movie) – as well as much guitar music that followed, especially punk & metal. Hendrix was a fan, as were the Beatles (the riff from “Day Tripper” seems inspired by DD). Bernie Torme worked with Ian Gillian, Dee Snider & others & had the thankless task of filling in on guitar for Ozzy’s band almost immediately following the loss of the late great Randy Rhoads. Ironically, Bernie left us yesterday, one day short of the anniversary of Randy’s passing, today Mar 19. RIP DD, BT & RR ? ? ?” 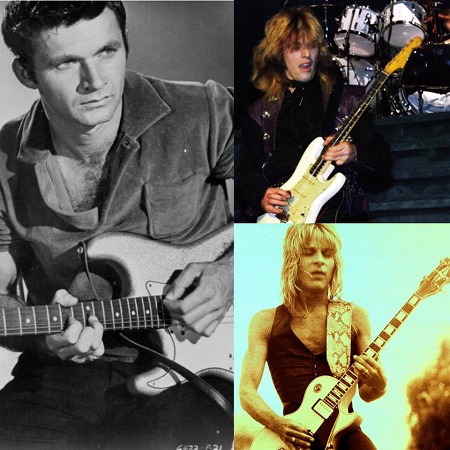 Previous: Randy Piper Says ‘The Headless Children’ Was His Favorite W.A.S.P. Album – Excerpt
Next: Dan Rather, “I remember the days before vaccines. I trust science.”