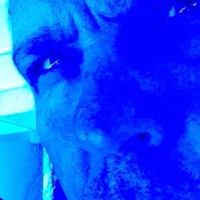 Here’s the gig schedule for Terry Glaze (Pantera, Lord Tracy).  The Lord Tracy singer will be playing solo dates as well as Crayfish dates.  In late February, Glaze debuted a new single, “Find Me a Woman”, available on iTunes.

If anybody is listening, here’s what I think:  I think Terry Glaze should do a tour playing the Pantera material from Metal Magic, Projects in the Jungle and I am the Night.  I say he also includes choice songs from the Lord Tracy catalog, throw in some Blowfish, some solo material, but emphasis on the Pantera material.  Songs like “Widowmaker”, “Nothin’ on but the Radio”…..the entire Projects album – “Come on Eyes”, “Hot and Heavy”, maybe “Down Below”, or “Right on the Edge”.  At this point so many people have bought the old albums via bootlegs, maybe put a solo band together, get a badass guitar player, a badass drummer and play all that great shit from his past.  I think it’s time for Terry to fully embrace it.  Market it as a solo project playing all the classic songs.  Focus on festivals.  I wish I could book something like that……I would definitely help promote it.

Now the reason I say all that, I just watched the video below where Terry played the Pantera song, “All Over Tonight”, with one of Rex (Rocker) Brown’s former bands, Arms of the Sun.  Holy shitz!  The man has still got it!

Make sure to read our old school full in bloom music interview with Terry Glaze.