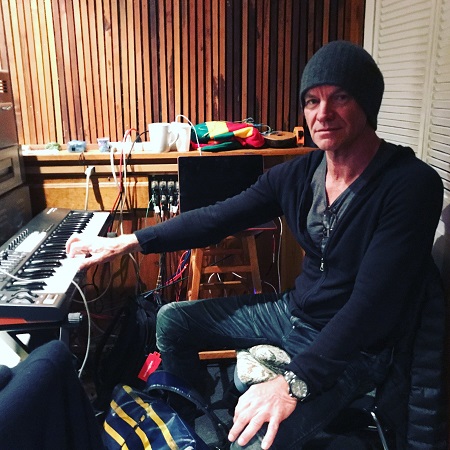 Another notable mention: Stephen Colbert’s bandleader Jon Batiste will team up with Gary Clark Jr. for a Recording Academy tribute to Chuck Berry and Fats Domino.

Sting released his twelfth studio album, 57th & 9th on 11 November 11, 2016. The album was recorded over a period of three months at Avatar Studios in Hell’s Kitchen. It peaked at #9 in the United States on the Billboard 200 and reached #15 in the United Kingdom on the Official Charts.