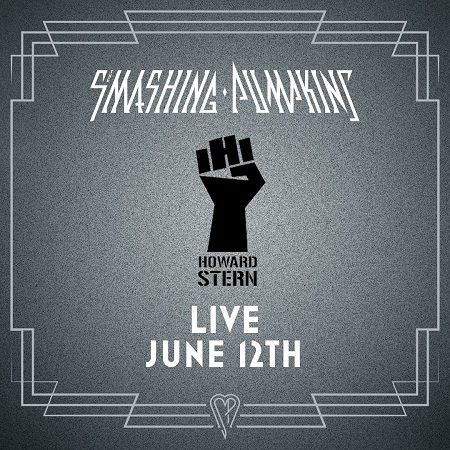 Smashing Pumpkins will be stopping by the Stern Show tomorrow morning (June 12th) to perform live and catch up with Howard.  You can listen to excerpts from the interview via the Soundcloud widgets below.

Thank you kindly to the Howard Stern Show for showing us such wonderful hospitality. Howard’s amazing support is one of the reasons we are here, now, ready to bring this crazy, elaborate tour to you, and soon. For Howard perhaps more than anyone I can think of has encouraged me to embrace the music, the history, and our kinship.
So thank you, Howard. We couldn’t appreciate you more.”

Smashing Pumpkins, minus bassist D’Arcy Wretzky, will be reuniting for a tour, set to kick off in July. The group has also just released a new track, “Solara.” It marks the first recording in over 18 years to feature founding members Billy Corgan, James Iha, and Jimmy Chamberlin. Recorded in Malibu, CA at Shangri La Studios with producer Rick Rubin and longtime Smashing Pumpkins guitarist Jeff Schroeder.

Top Secret moment . Billy telling me the shape-shifter story in the corner of the studio. Thank you Jason for taking the picture.” 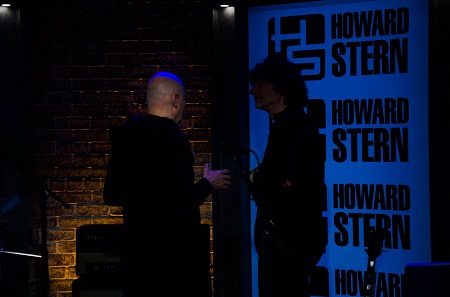