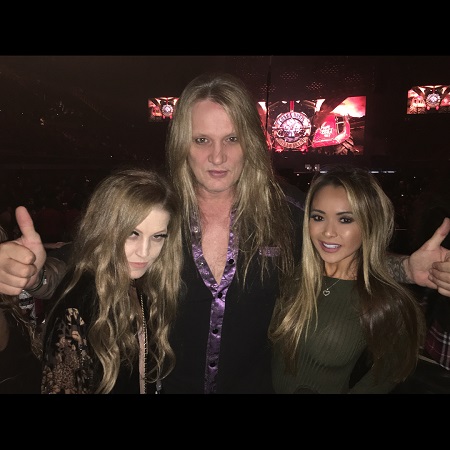 Sebastian Bach will be signing copies of his autobiography, 18 and Life on Skid Row, on Sunday, December 3rd at Book Soup in Los Angeles.

Sebastian Bach:
“LOS ANGELES cya TOMORROW Book Soup on Sunset Blvd! One of my favorite book stores in the world. Countless times I would go to Tower Records for a couple of hours and then straight across the street to Book Soup for a couple more. Very excited to be there tomorrow at 3PM to sign copies of my own book! Still getting used to saying that!! Come on down for a pic & a sig!!

“What can I say about GNR in L.A.? We were there both nights at the Fabulous Forum, The exact venue where me and Axl met on the Aerosmith Pump tour as I described in my book. What an honor it was to see Duff Mckagan Slash and Axl on stage together again. The last time I saw them was in Vegas and here they are 18 months later still kicking ass and having a great time.

“Was so cool to run into my old friend Matthew Morrison from the TV show Glee. We were on Broadway together in the Rocky Horror Show way back in 2002 and it is astonishing to see the success Matt has achieved for himself as a singer! What a great guy. So cool to see him again.

“Spend both nights hanging out with Lisa Marie Presley. I have met her before but this was the first time we really got to hang out and laugh, rock out, and have a great time. Would love to do a duet with her on an album some day. What a great person she is!

“Also ran into my buddies Scott Ian from Anthrax and DAMNOCRACY, his lovely wife Pearl, Taylor Hawkins from Chevy Metal & the Foo Fighters, Toby Maguire the best movie Spiderman, Mickey Rourke, so many stars and celebrities at the show.

“Hanging out & reconnecting with my buddy Axl was the best of all. We laughed and had a blast in his dressing room until three in the morning. Which is something to say considering they started the show at 7:30 PM! Congratulations to Guns N’ Roses for the most successful reunion tour in recent history! So great to see you guys together again! Can’t wait for what’s next!!”

Previous: Mick Jagger, “Back in the studio”
Next: Mitch Margo of The Tokens Dies @ 70 + “The Lion Sleeps Tonight”