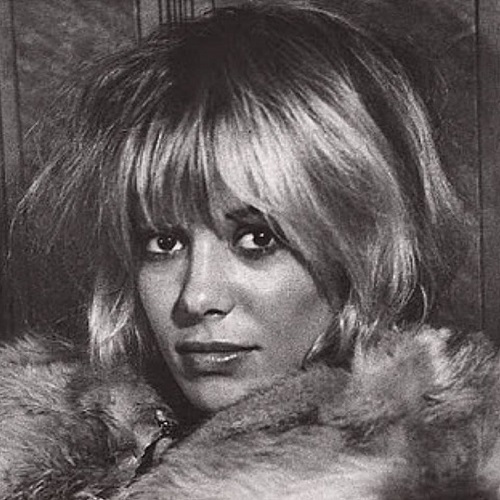 Anita, you will always be in my heart!  A most remarkable woman.”

Pallenberg was a German-Italian actress, artist, and model. A style icon and “It Girl” of the ’60s and ’70s, she was credited as the muse of the Rolling Stones after romantic partnerships with Brian Jones, and later, from 1967 to 1980, Keith Richards, with whom she had three children. Her relationship with Jones ended in 1967 after the guitarist became violent with her during a vacation in Morocco. While there, Richards saw Jones assaulting Pallenberg, pulled her away and took her back to England, where she moved in with him, beginning a relationship that lasted until 1980. Following the break up, Richards stated that he still loved Pallenberg and saw her as much as he ever did, although he had already met his future wife, Patti Hansen.