Alice Cooper hit the Las Vegas scene at The Dollar Loan Center Arena last night and it was EPIC!

But the best part of the evening was walking through the door into a surprise reunion between old friends & RATT bandmates, Jake E. Lee & Stephen Pearcy…..is a jam session not too far away? In true Stephen Pearcy fashion, he was quick to bring up the subject of writing and recording together, “Let’s go, brother!”

The history of Jake and Stephen runs deep…. Jake was in a band named Teaser in San Diego (late ’70s), Stephen had his band Mickey Ratt (pre-RATT), both would play at San Diego’s venue Straight Ahead Sound. Jake eventually joined Mickey Ratt in 81-82, playing the Sunset Strip scene, The Country Club, ect….Mickey Ratt turned into a 2-guitar band of which Jake decided he wanted to be in a 1 guitar player band…. soon he would audition for Ozzy….. “Bark at the Moon” would soon follow.

Little unknown piece of history is that Jake and Warren DeMartini shared an apartment for a while, and as Warren was working on “Round and Round,” Jake was working on “Bark at the Moon.” Ohhhh to be a fly on the wall of that apartment with so much talent. 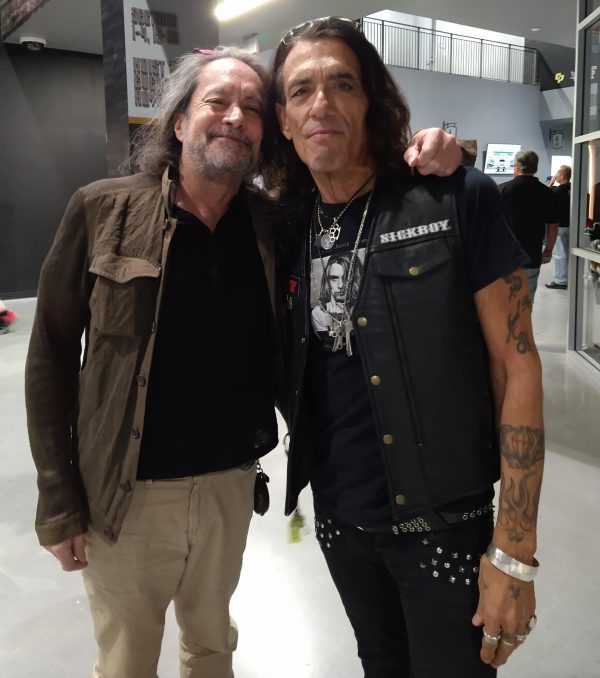 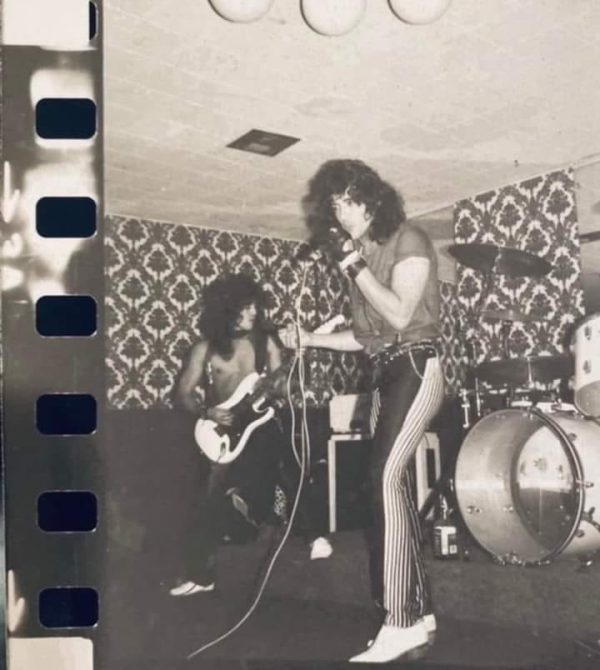