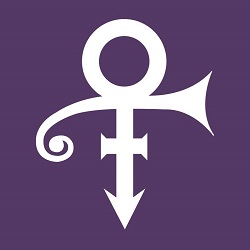 Prince (Official): This Friday, three Prince albums from the mid-1990s will be reissued on CD and vinyl: Chaos and Disorder, Emancipation, and the mixtape The Versace Experience (Prelude 2 Gold), which will be widely released for the first time ever.

In a provocative era when he was only identified by his unpronounceable symbol, The Versace Experience was released to foreshadow The Gold Experience, and included exclusive remixes of 10 out of the 15 tracks that would eventually appear on that album, including rare versions of future hits “Gold,” “P. Control” and “Eye Hate U.”

It also contained unreleased material from other side projects, including the New Power Generation’s second album Exodus, Madhouse’s 24, and The NPG Orchestra’s Kamasutra.

The Versace Experience is an exceptionally rare Prince release. It was originally distributed as a promotional cassette in July 1995 to the attendees of the Versace collection at Paris Fashion Week, and included special remixes, segues, and sequencing overseen by Prince himself, who produced it more like a DJ mixtape than a traditional album.