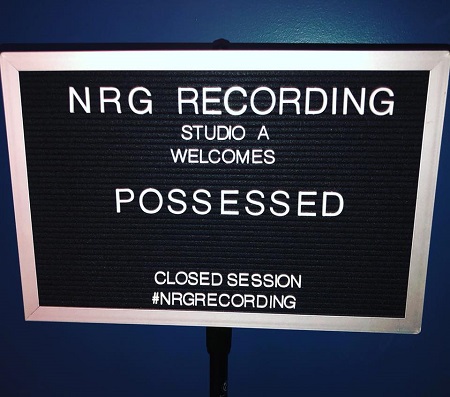 Although the highly influential group has been playing shows since 2007, the band has not released a full-length studio album since 1986’s Beyond the Gates.  Other than frontman Becerra, Possessed, which once included Primus/Blind Illusion guitarist Larry LaLonde, does not consist of any original members.