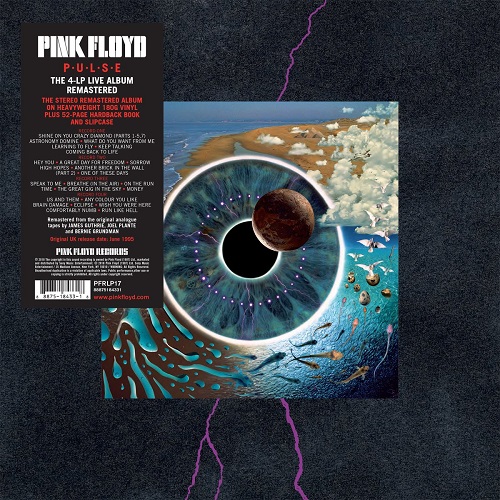 The 4-LP PULSE live album arrives via Pink Floyd Records on May 18, 2018.  Each record is pressed on heavyweight 180g vinyl and housed in a recreation of its original multi-sleeve slipcase packaging.

PULSE, originally released in 1995, was compiled by James Guthrie, using various performances from the band’s 1994 Division Bell tour across the UK and Europe featuring David Gilmour, Nick Mason and Richard Wright. The album includes The Dark Side of the Moon performed in full live, as well as a whole side dedicated to the show’s encore. The 4-LP set includes four different inner sleeves, each inside individual outer sleeves, plus a 52-page hardback photo book, all encased in a thick card slipcase. This 2018 release was remastered from the original tapes by James Guthrie, Joel Plante and Bernie Grundman. Aubrey Powell of Hipgnosis and Peter Curzon, who worked on the original art with the late Hipgnosis co-founder, Storm Thorgerson, recreated the art package. 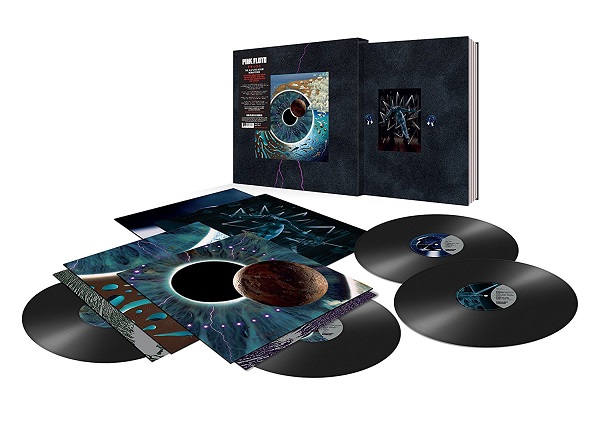