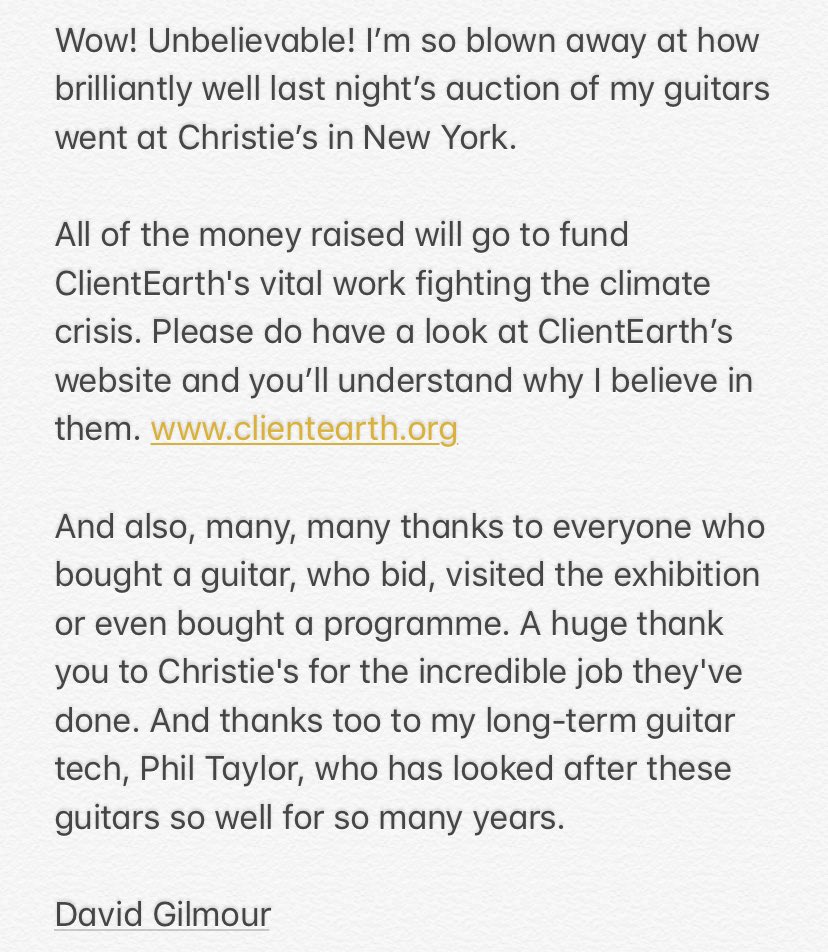 The David Gilmour Guitar Collection totaled US$21,490,750, with all the proceeds benefiting @ClientEarth. Thank you to all the fans today for an incredible 8-hour auction with bidders from 66 countries around the world! https://t.co/zHpdOCP6TU pic.twitter.com/aQDSHFyFZU

Yesterday, David Gilmour's iconic Black Strat sold for $3,975,000, making it—by a margin of well over a million dollars—the most valuable guitar ever sold at auction https://t.co/FxmC8eo4Ss

David Gilmour has announced that the proceeds from his massive guitar auction auction will benefit ClientEarth, which fights against climate change https://t.co/2QmG6KdELp pic.twitter.com/djCDX1Jged