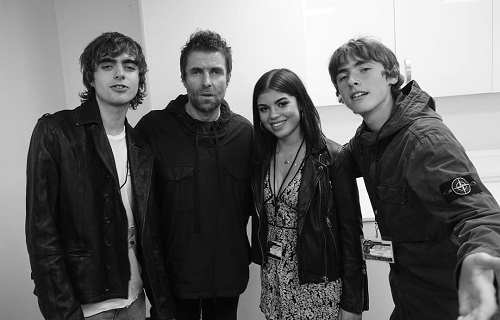 Liam Gallagher recently met his 21-year-old daughter, Molly Moorish, for the first time.  In the photo above, Gallagher and his daughter are joined by the former Oasis frontman’s sons from marriages to Patsy Kensit and Nicole Appleton.

Molly was raised by her mother, singer Lisa Moorish.

In 2017, in an interview with GQ Magazine, Gallagher said he “never got around” to meeting Molly, but that he’s “got no problem with the girl whatsoever…..The girl’s been looked after and clothed and fed and sent to lovely schools,” he continued. “I bought them a house and all that tack.  I just think she’s best off with her mum.”