Nothing But Thieves on Conan – “Sorry” 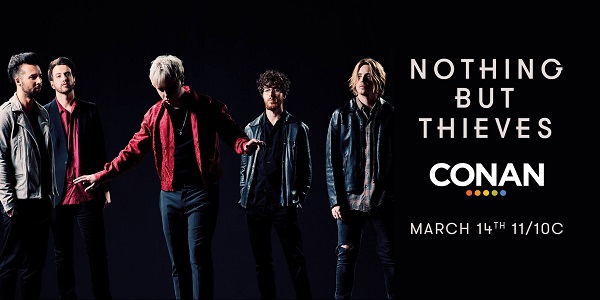 Nothing But Thieves performed their single “Sorry” on Conan last night.  The track is taken from the group’s latest album, Broken Machine, which was released September 8, 2017.  Watch the performance below.

Broken Machine is the second album from the British rock band.  It only reached #195 in the United States on the Billboard 200, but shot to #2 in the United Kingdom on the Official Charts.

Previous: The Voidz “ALieNNatioN” New Song Premiere
Next: Judas Priest “With Darkness All Around Me” Video Preview