New Song by Queens of the Stone Age, “The Evil Has Landed” 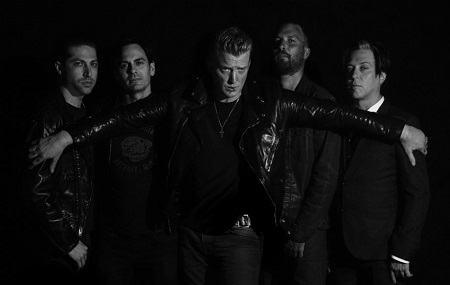 Queens of the Stone Age just shared a a new song called “The Evil Has Landed,” located below. The track is taken from the group’s forthcoming album, Villains, out August 25 via Matador Records.  The album was produced by Mark Ronson (Amy Winehouse, Adele, Bruno Mars), co-produced by Mark Rankin and mixed by Alan Moulder. It marks the first full-length effort from the band since 2013’s ….Like Clockwork.

Regarding the album, Ronson commented, “Queens are and have always been my favorite rock n roll band ever since I walked into Tower on Sunset and bought Rated R in the summer of 2000, so it was incredibly surreal to be welcomed into their secret, pirate clan – or the ‘jacuzzi’ as Josh likes to call it. There were moments during the making of the album in which I was aware I was watching my musical heroes craft something that was sure to become one of my favorite moments on any Queens album. And to have some part in that felt like being in a dream–a very heavy, dark, wonderful dream.”