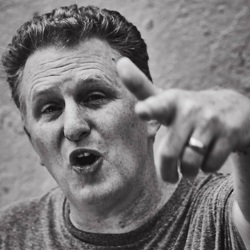 Michael Rapaport:  Who made these Bozos authorities on whats funny? Because its offensive its not funny? STFU Taylor Hosking, you know ZERO. You seen years watching HBO’s GIRLS….VICE the Politically Correct Hipster Manifesto. Your opinions mean Jack Shit VICE top to bottom

@Taylor__Hosking NOBODY gives a shit what you or anyone from @VICE thinks about Comedy. Literally Nobody pic.twitter.com/ev6ueiFBXZ

Unflinching and boundary-pushing, Dave gives his provocative perspective on the tidal wave of celebrity scandals, the opioid crisis, and more — in trademarked Chappelle fashion. Dave Chappelle’s Sticks & Stones streams August 26, only on Netflix.

CHAPPELLE SHOW OF KINDNESS: Dave Chappelle held a completely free concert in Dayton, Ohio, to honor victims of the mass shooting – and his uplifting words are inspiring to all ❤️️ https://t.co/J40yo3xt9U pic.twitter.com/4l6Wzu30R8

This is a Special 5 Year Anniversary of @iamrapaport podcast! I have to thank YOU the listeners because we can’t stop and won’t stop! If you want it now @hearluminary then signup https://t.co/Q8XeE6KyIf if you can wait then maybe you’ll get a Friday Birthday surprise UFUKU pic.twitter.com/37EJOuq9Ff

Dave Chappelle calls out his own audience for cancel culture. pic.twitter.com/BjIdhP82nE

If any of you wish to be a comedian, study "Sticks and Stones", a comedy special from The Peerless One. If you don't consider Chappelle funny, you are wrong. If you are a comedian who does not see that he is the best we have, quit.

Previous: Rob Halford, “I’ll Be Sharing Something Special With You” on September 5, 2019
Next: Lars Ulrich Interview w/ Aidin Vaziri