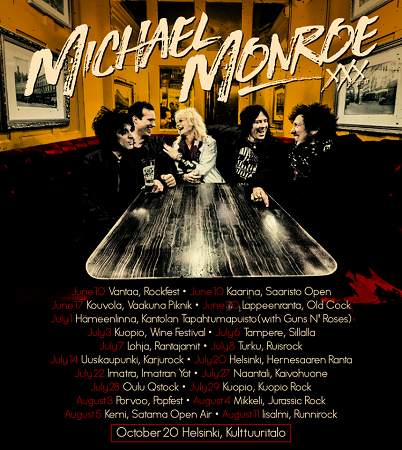 Ex-Hanoi Rocks vocalist Michael Monroe will be supporting Guns N’ Roses on the Finnish stop of their ‘Not In This Lifetime Tour’ on July 1st at Kantolan Tapahtumapuisto in Hämeenlinna. Monroe and his band will also be making a number of Finnish festival appearances over the summer, as well as playing a very special 30th anniversary celebration show in Helsinki at Kulttuuritalo.  A list of the dates can be viewed below.