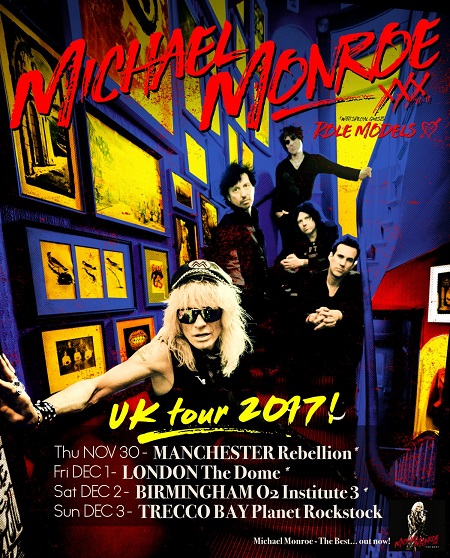 Michael Monroe has added 4 UK tour dates to his itinerary. A list of dates can be found below.