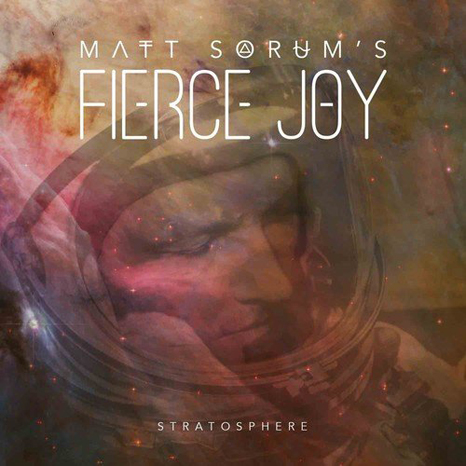 Matt Sorum (Gun N’ Roses, The Cult, Velvet Revolver) will released a limited run of his solo album, Stratosphere, on vinyl. 1000 signed vinyl copies will be available at this location.

After a lifetime fueling some of the most volatile bands in hard rock history, Matt Sorum stepped out from behind the drums with a candid and versatile solo project. The Rock and Roll Hall of Famer, who has manned the kit for Guns N’ Roses, Velvet Revolver and The Cult, is unveiled his sophomore solo album, Stratosphere, in 2014 under the moniker Matt Sorum’s Fierce Joy. Coined by none other than close friend and Motörhead legend Lemmy Kilmister, “fierce joy” is an intentional oxymoron, representing not only Sorum’s newfound contentment, but his insatiable fire to build positive things on and off the stage.

That contentment is palpable on Stratosphere‘s opener, “The Sea,” a lush tale of spiritual awakening in which Sorum-who wrote the entire record and played acoustic guitar, piano and sings, “and the music here is so good / I’d live with orcas if I could / they all sing like Billie Holiday / to make all the bad things go away.” But the record’s often relaxed Americana vibe belies Sorum’s intense passion for animal and human rights. He’s the driving force behind nonprofit Adopt the Arts, which is responsible for generous musical instrument donations and keeping the arts vital in schools worldwide.