The full in bloom interview with Great White founder / guitarist Mark Kendall is now available.  Several excerpts from the interview have been transcribed below.  You can listen to the entire interview via the embedded YouTube clip above or the Soundcloud widget below.  Check back for more video / transcribed excerpts from this interview. 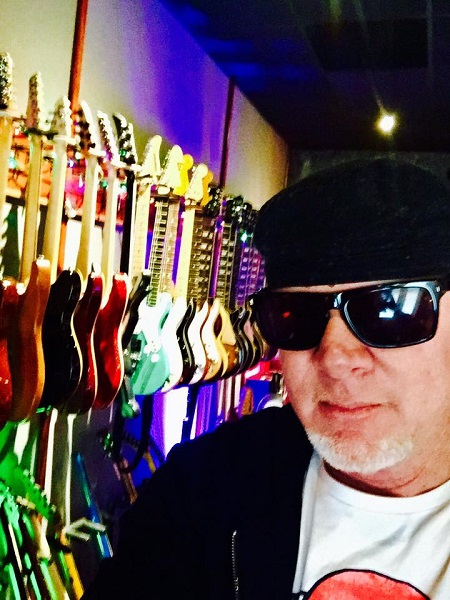 full in bloom:  How’s it going with Mitch (Malloy)?

Mark Kendall:  It’s going great. We’re starting to write songs now. The great thing about it was, since he lives in Florida now, he moved from Nashville to Florida, so it’s not just like I can go ‘hey, come on over, let’s work on songs,’ I went in the studio, just a friend of mine’s little studio down the street, I wrote a couple of songs;  I sent him (Mitch) a song.  Normally when I work with singers, I’m in the room with them and I might give them some melody ideas, or just let them know what I’m hearing.  But I just sent him music and he came back with a full song, and me and Michael (Lardie) were blown away.  We couldn’t believe it.  I’m going ‘man, this is great to break the ice like this because it will be less work for me’ and unless I hear something that I don’t agree with, I’ll pretty much go with it.  Normally I have ideas about melodies in my head, but I wanted to give him a chance and give him music and see what he comes with.  So, that’s working out real good.  We’re just kind of putting riffs together.  We’re going to rehearse tonight and go over a few things.  We’re kind of taking our time just trying to come up with the best stuff we can.  But we definitely want to get something this year with Mitch on it. 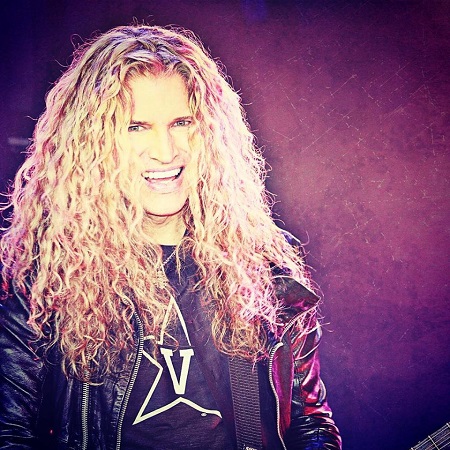 full in bloom:  Why did he move to Florida from Nashville?

Mark:  I guess he had been in Nashville for awhile and him and his wife just decided to move to Florida for whatever reason.  She might have family there.

full in bloom:  And you’re still based out of Los Angeles?

Mark:  Yeah. I’m actually near a city called….Have you ever heard of Riverside or Redlands?

full in bloom:  Sure.

Mark:  Yeah, I live near Redlands, CA, but it’s kind of up in the hills.  Like not way in the mountains, but like 3500 feet up.  It’s a lot cooler, that’s why I got out of Palm Desert;  it was just so brutal in the summer.

full in bloom:  Were any of the recent fires near you?

Mark:  No, that’s more in the Valley on the other side of Los Angeles.  That’s about 100 miles from me.  Obviously, I saw it on the news and all the devastation.

full in bloom:  We had that about seven years ago in Colorado Springs.

Mark:  A really good friend of mine lived in Colorado Springs.  I’m not sure if he’s still there but he used to be a referee on the Pro Billiards Tour, Scott Smith.  He had a place called Rack N’ Roll.  On one side they had bands playing and on the other side they had pool tables.

full in bloom:  I saw that you’re quite the pool shark.

Mark:  Yeah, it’s kind of a hobby of mine.  I’ve been playing forever.  So I probably play better than your average guitar player. 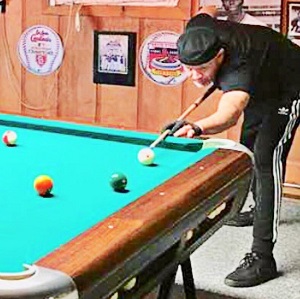 full in bloom:  Is it too early to think about putting together an album with Mitch?

Mark:  No, not at all.  That’s what we’re kind of doing now;  we’re just writing songs.  Michael and I have been coming up with a lot of things.  Just kind of sending ideas back and forth, and today, we’re going to get in a room together because that’s when the best stuff happens….when we’re all playing together.  In an actual recording, we’ve never sent each other our parts before.  That’s really kind of a first, that I’ve sent Mitch music.  Normally, we get together.  When we do it for real, we always get together, but we come up with ideas on our own.  Like the last record (Full Circle, 2017), we only got together for ten days before we went to Michael Wagener’s (studio) in Nashville.  We all had a lot of ideas.  For the first four days, we were in this kitchen area just like showing each other ideas.  We didn’t really get a lot done….just kind of picked the stuff we wanted to work on and then went at it hardcore for six days.  But we went up there with no lyrics finished;  we just had ideas for choruses and stuff.  It was pretty funny, Michael Wagener was definitely not used to that (laughs).

full in bloom:  Did (former Great White singer) Terry (Ilous) write the lyrics for that, or does everyone just kind of pitch in?

Mark:  We all did, and lucky for us, he (Michael Wagener) records one song at a time.  Not the basic tracks;  the basic tracks we finish, and then we redo the guitars and everything, and we’ll just have a scatting-thing going on.  But we knew in advance, once we were going to start doing the overdubs, we knew in advance, the night before, what songs we were going to do the next day.  So we all just kind of crammed together, we were living in this house in Nashville.  We all just got together and came up with the lyrics and we’d go in with a lyric sheet each day to give to Wagener. 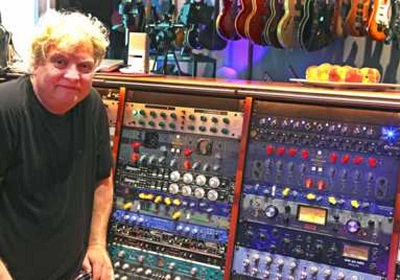 full in bloom:  The house is at Michael Wagener’s (studio)?

full in bloom:  Like an Airbnb kind of thing?

Mark:  Yeah, that kind of thing.  Really nice, on a lake.  It was really killer.  Really great vibe…really quiet…no distractions whatsoever.  It was just awesome.

full in bloom:  I think when I interviewed Wolf Hoffmann long ago he had a farm with a studio on the property and Michael either lived at the studio, but it was Michael’s studio.  Didn’t Wolf move?

Mark:  Yeah.  Wolf moved, but Michael loved Nashville so much that he bought a house there on about five acres and built a studio on his property.  A state-of-the-art, most killer studio you can imagine. 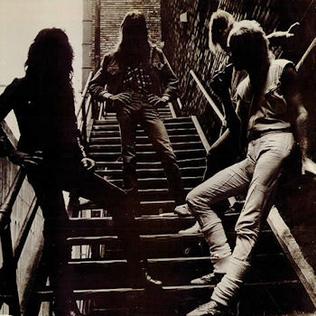 full in bloom:  I’m kind of obsessed with the self-titled (album) and Out of the Night (both engineered/produced by Michael Wagener), those early days.  My very first concert was Great White opening up for Judas Priest.  I was like twelve years old.  To me, as a kid, I thought you guys were better than Judas Priest, and I don’t know if that was because you guys related more to me.  But I just love the whole white BC Rich, your whole thing with the headband….that whole vibe and the self-titled record I thought really captured the essence of Los Angeles.  I have always loved that record…and I still love that record.

Mark:  I still like it, actually and my kids all love it.  I can still listen back to that and it still holds up.  It was pretty amazing.  When we first met Alan Niven (former Great White manager) and we were going to make the EP (Out of the Night), we flew Michael Wagener out from Germany and he didn’t know very much English.  It was a real early part of his career and it was real exciting.  We did that EP and we didn’t really have a record deal at that time, just a distribution (deal).  Somehow, through some kind of magic, to this day I’m not really exactly sure, we got a song in heavy rotation on the biggest station in Los Angeles, with no record deal, and that’s how the excitement was created.  I’ve never heard of that before and I’ve live in L.A. my whole life.  I’ve never heard of a band that’s not signed to be in heavy rotation with the Tom Pettys and whatever.  So, that was pretty amazing, total magic.  The first tour was with Whitesnake, in Europe.  So the thing you saw with Priest, that was our second run.  I’m really glad because it gave us a little bit of seasoning, playing arenas and stuff.  We were coming out of like clubs and backyards, basically.  It was a pretty amazing experience. 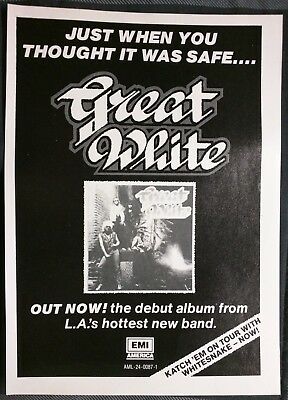 full in bloom:  Is there a memory that stands out from that Judas Priest tour?

Mark:  One memory I have is playing Glenn Tipton (Judas Priest guitarist) in pool for like ten hours, and it was on a show date.  We had a show the next day and we played until like seven in the morning.  And (laughs) we go, ‘we got to go to sleep, man’ but we were so into it.  It’s funny, we just lost track of time.  We went and took naps.  I remember after I got off stage and I wanted to see what condition he was in and the whole band was walking by and Glenn looked at me and goes, “I don’t feel well” (laughs).    It was awesome….and they did a great show.  Also, just in general, they kind of took us under their wing a little bit.  They had more experience;  they had been on more tours and stuff, and we didn’t know what the hell was going on, we were kind of green.  They were just really good people. 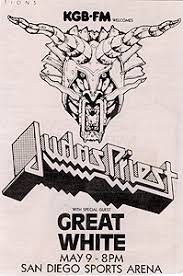 full in bloom:  The crowd loved you guys in Dallas.  I’m assuming other crowds loved you, too?

Mark:  It was like that every night.  It was completely, insanely amazing.  It was a different band then;  we were just a trio.  Just bass, guitar and drums.  The music was a little different.  It was a very early part of our writing.  Judas Priest and the Scorpions were both bands that were kind of flying under the radar when we were first writing songs, a couple of years before we broke out and went on tour with them.  We were going to work in the morning and listening to Priest but they weren’t really a commercial band at the time.  So, not a lot of people knew about them, just the ‘hip rockers’ (English accent). 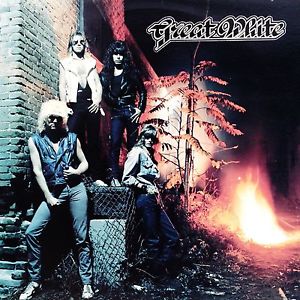 There’s a lot more to go. You can listen to the entire interview via the embedded YouTube clip above or the Soundcloud widget below.  Check back for more video / transcribed excerpts from this interview.