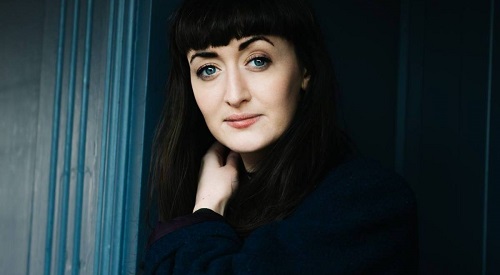 Critically acclaimed Irish artist Maria Kelly tackles mental health head on with the release of her AA-side single “Dark Places” / “Small Talk,” which was officially released today via Veta Records. Both singles are drawn from Maria’s own experiences of social anxiety and depression, as well as multiple conversations with others who had similar stories to tell. You can listen to both tracks via the Soundcloud widgets below.

“Small Talk” was written during a storm black out in Maria’s hometown. The song parallels the nature of a storm with feelings of social anxiety. Maria elaborates: “Last year in particular, I was suffering quite badly. I found it so difficult to make eye contact with anyone and near impossible to express my thoughts. I felt incredibly alert and painfully aware of myself. Halfway through the writing process, I decided to reach out to my Instagram following for inspiration. The amount of messages I received was overwhelming. It made me realize how effective it can be to actually ask about people’s experiences of these issues.” The song is an incredibly honest and vulnerable song that channels the dark, brooding musicality of the likes of Daughter effortlessly.

Alternatively, “Dark Places” is a very literal look at depression, of not really recognizing yourself, distancing yourself from others and convincing yourself that they don’t really care. “Although its lyrical content is quite dismal, writing “Dark Places” was incredibly therapeutic for me,” explains Maria. “ I think it was important for me to really look at that side of myself and to not shy away from it. By beginning to acknowledge and talk about it, it became a tangible thing that I could attempt to deal with, rather than an overwhelming feeling trapped in my head.”

Growing up in Mayo, Ireland, Maria spent many years developing her sound into a delicate blend of atmospheric-alt-folk. Maria has already played numerous shows in both the UK and Ireland supporting the likes of James Vincent McMorrow, KT Tunstall and Paul Noonan, as well as playing at last year’s Great Escape Festival, Electric Picnic, Ireland’s acclaimed Other Voices Festival and most recently the Imagining Ireland shows in the National Concert Hall and the Barbican. Maria has previously received praise from various online publications including Consequence of Sound, The 405, Wonderland, Mahogany, The Line of Best Fit and Radio X.