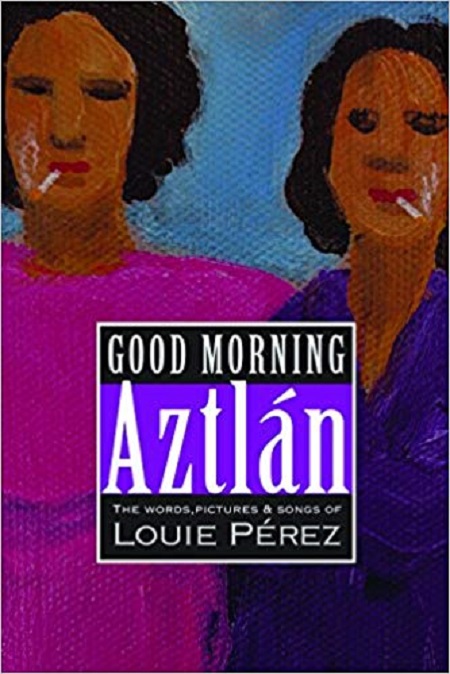 Louie Pérez, a founding member of the group Los Lobos, will release his new book, Good Morning, Aztlán: The Words, Pictures and Songs of Louie Perez, on October 15, 2018.

Louie Pérez is a master musician and innovative visual artist who has spent the last forty years as the principal songwriter for the internationally acclaimed group Los Lobos. Working with his songwriting partner, David Hidalgo, Pérez has written more than four hundred songs. Many of those songs, along with previously unpublished poems and short stories as well as paintings, sketches, and photos, are collected in this deeply personal, yet universally appealing volume. The book also features essays by musicians, artists and scholars who artfully dissect the significance of Pérez’ work.