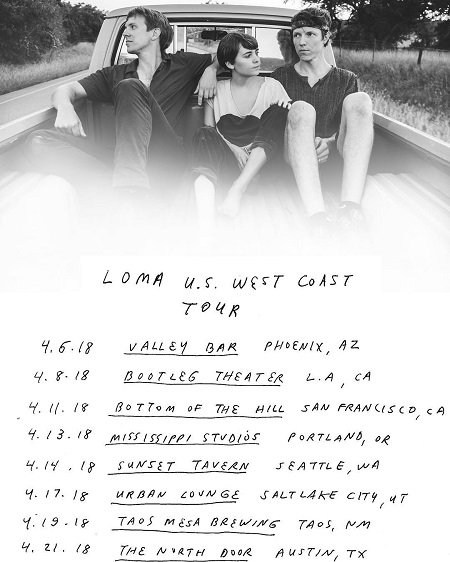 Loma, the new project comprised of Jonathan Meiburg, best known as the singer of Shearwater, and Emily Cross and Dan Duszynski of Cross Record, will launch a string of U.S.tour dates on August 6, 2018 in Phoenix, AZ at the Valley Bar. The 8-date trek will wrap up on April 9th in Austin, Tx at North Door. A list of dates can be found below.

Loma will release their self-titled debut album on February 16th via Sub Pop Records. The first single, “Black Willow,” was a ‘full in bloom song of the of week’ and can be heard at this location.