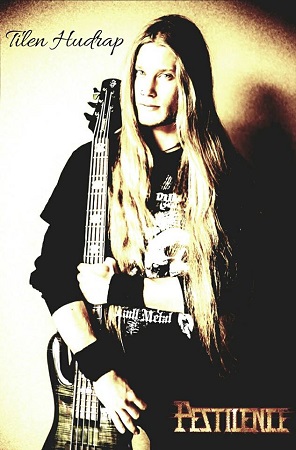 Tilen Hudrap (Paradox, Vicious Rumors) has officially been named as the new bass player for Dutch death metal band Pestilence. As previously reported, Pestilence had parted ways with bassist Alan Goldstein due to “differences within the business realm” and were actively searching for a replacement to complete their new album / touring lineup.

In the clip below, you can listen to a sample of “Discarnate Entity”. The track features Hudrap on bass and will appear on the upcoming Pestilence album, Hadeon.