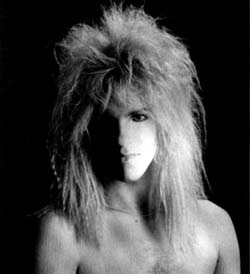 Joey C. Jones: I’ve got a lot going on, I’m working on a new cd with Johnny “Razz” Callihan. Also, Renegade Radio Productions, is releasing The Best Of Joey C. Jones. This cd will contain songs from Sweet Savage, Shock Tu, The Gloryhounds, Orange Helicopter, and 4 or 5 songs from my best cd Crabtree. It also has songs I recorded with Cheap Trick and C.C. Deville. 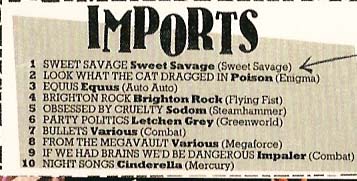 full in bloom: What are your 3 most fond memories of being in Sweet Savage?

Joey: Going from high school in Ohio to being voted best new band in LA within 2 years. I guess it is also nice to be credited as the first band in LA to do the glam thing and having the #1 import record for 16 weeks in the Kerrang charts. 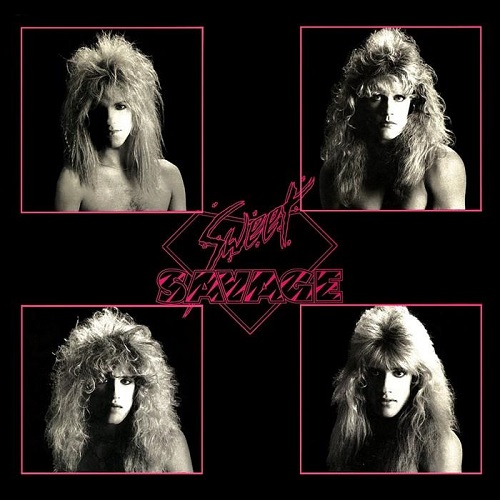 full in bloom: What year was the Sweet Savage Lp released?

full in bloom: How did you originally come in contact with Dana Strum?

Joey: He wanted me to audition for the Vinnie Vincent Invasion 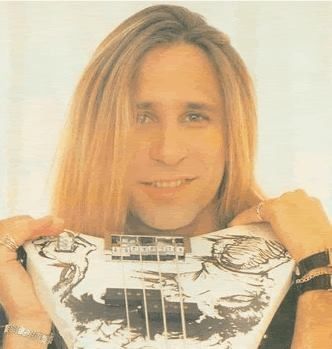 Joey: It sounds like you wanted me to call him a prick bastard or something! He was our producer but he was also acting as our manager and since we were the hottest band on the strip we got some offers from major labels but he was asking for too much and turned them down. We were too young to realize what we were doing.

full in bloom: What label released the Sweet Savage album, or did you put it out yourself?

Joey: It was released through a production company. After it sold 25,000, it got picked up by Important Records.

full in bloom: Did you ever receive any residuals from that record?

full in bloom: How many copies of that album were sold?

full in bloom: While the band was still in Texas, did you tour? What was your show schedule like? Did you play anywhere outside of Texas?

Joey: If you read the information on the archives cd, it states that we played over 1, 200 shows, and its true. We played the U.S., Canada and had shows booked in Europe when we broke up.

full in bloom: Did you ever play any shows with the early version of Pantera?

full in bloom: What is your memory of them at that time, were you friends?

Joey: I always got along with Darrell he was a great guy.

full in bloom: What year did the band relocate to Los Angeles?

full in bloom: What was your experience in L.A.?

Joey: I don’t have any of the same old boring stories about sleeping on floors and starving etc. we had big time investors and when we were in L.A. we lived very well. We were considered an L.A. band but we did not do what the other bands did. You could only play 1 show a month and you were suppose to promote the show by handing out flyers, well after we would sell out the Whiskey, Roxy, Country Club etc. we had options the other bands did not have, we owned our own P.A, Lights, Trucks, and Motor home. We had a good agent so we could leave town and play shows in San Diego, San Francisco, Sacramento, Fresno, and Phoenix, and come back to L.A. and take out full page ads instead of passing out flyers, and we had good live shows because we were always playing.

full in bloom: Why didn’t Sweet Savage get signed? Your timing was perfect; was there a defining moment that everyone thought, let’s break up the band?

Joey: See question #5, I left because I was finally learning how to write good songs and I didn’t want to be known simply for my hair style, so blame it on me.

full in bloom: What did you do when Sweet Savage broke up?

Joey: I had Shock Tu ready to go, I had the same agent so I hit the road right away. I played the cities where Sweet Savage had success, Columbus, Cleveland, Cincinnati, Philadelphia, Pittsburgh, Memphis, Dallas, Houston, Austin, and New Orleans; we were the highest paid club act.

full in bloom: What were some of the bands that were playing the L.A. music scene, while you were in Sweet Savage, that went on to greater success? Did you play shows with any of them? 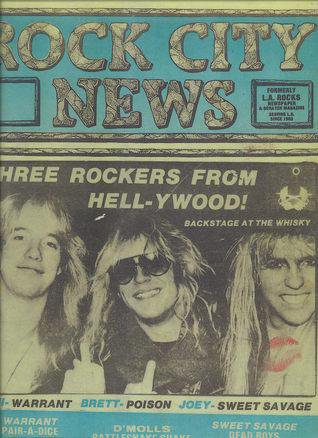 full in bloom: Are you still friends with any of them?

Joey: I am still friends with Jani Lane and Bobby Dall.

full in bloom: I have seen you live several times and always thought if AC/DC wanted to get back to their roots, they should hire you. You sing Bon Scott better than I have ever heard anyone do it. Did Sweet Savage play any covers?

Joey: My first band was a cover band, we did a lot of AC/DC and I sang Bon well, I didn’t dig the Brian Johnson stuff. We did covers for our encores like AC/DC, and Led Zeppelin.

full in bloom: Who released the Sweet Savage anthology? Do you receive any compensation for the sales of it?

Joey: Chris Sheridan released it, I wish he wouldn’t have because I was young and I wrote bad songs. I received a few checks but not a lot, Chris needs the money more than I do.

full in bloom: What are your 3 most fond memories of being in Shock Tu?

Joey: We played good gigs and we made a lot of money. My best memory was recording a record that was produced by Rick Neilsen and Robin Zander. Cheap Trick is one of my favorite bands and I learned a lot from them, it was a good record that wasn’t released because of record company bullshit, I cant say a lot because I could get sued again for slander, but some of those songs will be released on The Best of Joey C. Jones cd that will be out soon on Renegade Radio Productions. 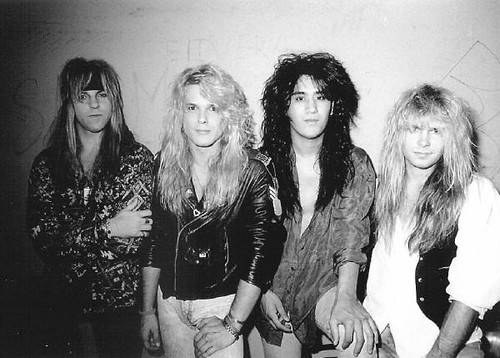 full in bloom: Do you ever talk to any of the guys from that band?

Joey: Yes, I talk to Ken and Rick.

full in bloom: Later you formed a band with C.C. Deville.  How did that come about?

Joey: C.C. called me right after the 1991 MTV Awards, he said he would leave Poison if I would start a band with him, he offered me a lot of money and said he would still be on Capitol Records, 2 days later he sent me a large check and a plane ticket.

full in bloom: What was it like working with him? Did you ever record any songs, or did anything get done at all?

Joey: We went through a lot of players and a lot of big names. He lived in the Hollywood Hills and a lot of Hollywood types were hanging out because the party was always at CC’s house. It was fun for a while; I got to hang out with some people I have always liked like Sam Kinison and Eddie Van Halen. We wrote some good songs, my best of cd will have at least one of them. He advanced me a lot of money but I was never the Hollywood type and we were getting too messed up. I was in a hurry and he wasn’t, so I left. I have nothing bad to say about him, I was paid very well. 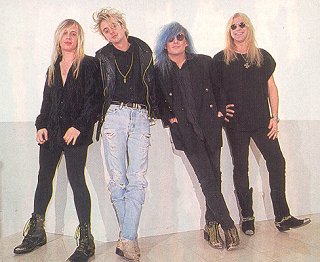 full in bloom: Why did you leave CC and take the rest of the band with you? What was that time like for you?

Joey: I left C.C. because I knew I had enough good songs to get a deal on my own, I kept his band because we had received a lot of press from magazines, MTV, the USA network, etc. I wanted to keep the momentum going.

full in bloom: How soon after leaving did you score a record deal for the Joey C Jones & the Gloryhounds project?

Joey: I got a deal with one phone call.

full in bloom: Did you tour for that album? What were some of the bands you toured with?

Joey: My first single was a song I did with Cheap Trick called “Wait All Night” it was added to Radio Nationwide. We toured for 18 months and opened up for The Black Crowes, Collective Soul, Faith No More, and many others I won’t mention.

full in bloom: What are your 3 most fond memories of being in the Gloryhounds?

Joey: My best memories were being added to playlists in major markets. My music video received airplay on MTV, USA, Canada, and Europe. My best memory was playing in front of 27,000 people in Salt Lake City it was a Radio Station event by KBER. I got a lot of airplay there so, I was on the bill with some 80’s bands like The Scorpions, Vince Neil, Great White and some others not worth mentioning. I don’t like being associated with that ERA but I can honestly say we stole the show.

Joey: I had one good manager Riki Rachtman, the others I shouldn’t have believed in, I should have learned more about the business.

Joey: Constantly ripping on the music business. Now that I know about it I hate seeing new artists getting screwed, that’s why I am starting my own production company. I will help the young bands do the right thing.

Joey: Can I sing something for you?

Joey: The Beatles, It’s so obvious.