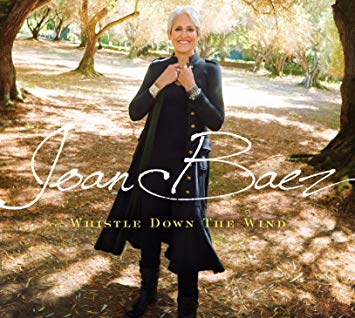 Joan Baez released the latest official video for the song “I Wish The Wars Were All Over.” Part of a series of distinctive short films accompanying each of the ten songs on Joan’s acclaimed new album, Whistle Down The Wind, the video was directed by award-winning video artist Max Nova, a graduate of New York University’s Film and Television program. Nova currently teaches at NYU’s Tisch School of the Arts, and as co-founder of the creative agency Dawn of Man has presented projection art around the world, and has created commissioned work for the Museum of Modern Art, The New World Symphony, HBO, and the New York Times, among many others. Watch the clip below.

Whistle Down the Wind was released on March 2, 2018, marking the first studio album from Baez in almost a decade. Produced by Joe Henry, the album features songs written by such composers as Tom Waits, Josh Ritter and Mary Chapin Carpenter.