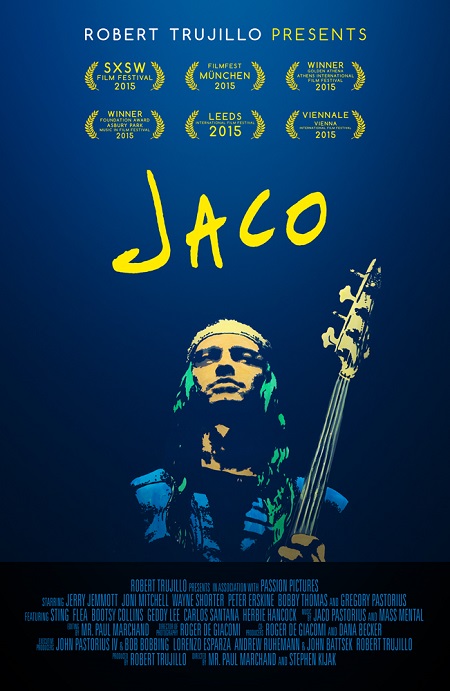 A premiere of the documentary, JACO, took place on Wednesday night, November 22nd in Los Angeles. The special screening of the documentary in The Theatre at Ace Hotel was followed by a performance from Robert Trujillo with his band funk rock collective, Mass Mental along with Flea, Billy Idol, Jerry Jemmott, and Felix Pastorius’ band, Hipster Assassins.

JACO brings to life the legacy of pioneering electric bassist, Jaco Pastorius, who produced a sound from his fretless electric bass unlike any heard before him. A bassist’s bassist, Pastorius is and remains their Hendrix. Featuring interviews with Joni Mitchell, Sting, Herbie Hancock, Flea, Geddy Lee, Wayne Shorter, Peter Erskine and more.  JACO is a biopic journey into the heart and soul of one of the most influential cross-genre artists of the twentieth century.

“Surely there were no recording sessions in L.A. tonight since every bass player in town was at the JACO premiere.”