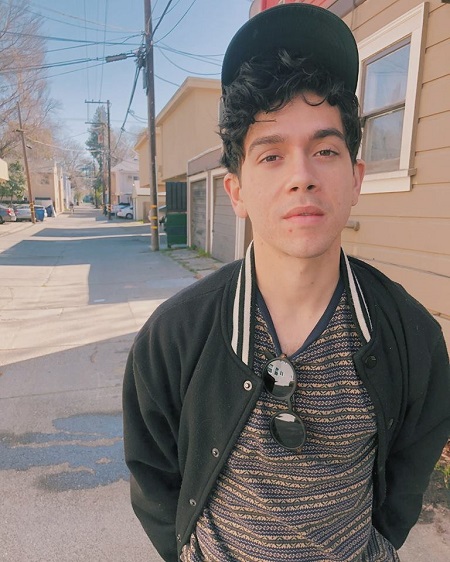 Geographer (AKA Mike Deni) and special guest So Much Light (AKA Damien Verrett) will launch a string of U.S. tour dates in Boston on May 8th. The 14-date trek will stop in New York, Washington DC, Philadelphia, Chapel Hill, Atlanta, New Orleans, Houston, Dallas, Austin, El Paso, Phoenix and San Diego before wrapping up in Los Angeles on May 24th. A list of dates can be found below.

The official video for Geographer’s song “Read My Mind” was debuted today and can be heard below.  The electronic pop rock artist is currently raising money for an upcoming EP, Alone Time – MORE INFO.  About the album’s title, Deni explained, “I’m calling it that because when I’m not touring, I spend almost all my time alone making music, writing songs, thinking about songs, trying to find that golden way to say something, to sing something real, to bring some artifact of truth out of myself to share with the world. It’s often quite a lonely existence, and I long for connection, but it is this very loneliness that leads to those moments of connection on tour that are ultimately the driving force behind my desire to make music in the first place. But I need to be alone, truly alone, with no lifeline or friendly word, to allow my experiences, feelings, successes, aspirations, and failures to get distilled and rearranged, so I can connect the dots between them and turn them into songs.”

In September 2017, So Much Light released the official video for “Full Body Mirror,” which takes a critical look at the conditioned male perspective. “The track is about microaggressions people may not realize they are committing when they compliment or comment on a person’s appearance,” Verrett explains. To me, trapping somebody in their “full body mirror” means forcing them to reflect on their appearance by bringing it up when it is not appropriate to do so.”

The track features woodwind arrangements by Nate Kinsella (American Football, Joan of Arc) in addition to Verrett’s sprightly guitar work and programming. The video, directed by Jane Qian, sees Verrett’s body in an array of uncomfortable positions in various backdrops.

“Full Body Mirror,” is the second single from the So Much Light album, Oh, Yuck, which was released on August 11, 2017 via Anti- Records.