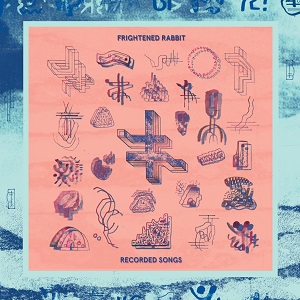 “Roadless,” a new song from Frightened Rabbit, can be heard below. The new track is taken from the group’s three song EP, Recorded Songs, which was released on September 15, 2017. For the video, Frightened Rabbit teamed up with one of Scotland’s most talented young animators, Ross Hogg. Ross has managed to unlock a layer of beauty with this, painstakingly etching into found footage to create a delicate and poignant animated film.

About the EP:
“These three songs seemed to exist happily next to one another, so it made sense to place them on an EP instead of wedging them into an album on which they didn’t fit. These are not B-sides or ‘bonus tracks’. These are songs that still fill us with the same feelings that our albums can, and we’re happy that they now have a place to live.”