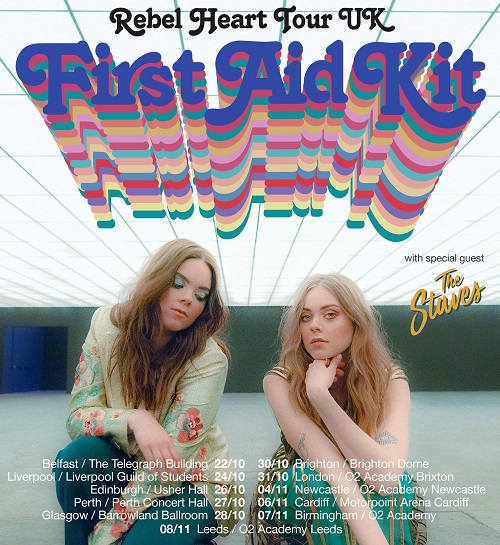 First Aid Kit will embark on a 2018 tour of the United Kingdom, set to kick off on October 22nd in Belfast at The Telegraph Building. The 10-date trek will also make stops in Liverpool, Edinburgh, Perth, Glasgow, Brighton, London, Newcastle and Cardiff before wrapping up in Birmingham on November the 7th at O2 Academy.  Sister trio, The Staves, will open.  A list of dates can be found below.

First Aid Kit are currently promoting their latest album, Ruins, which was released on January 19, 2018 via Columbia Records.