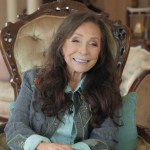 A statement from the family of Loretta Lynn.

“Our precious mom, Loretta Lynn, passed away peacefully this morning, October 4th, in her sleep at home at her beloved ranch in Hurricane Mills.” The family of Loretta Lynn.

The family has asked for privacy during this time, as they grieve. An announcement regarding a memorial will be forthcoming in a public announcement. 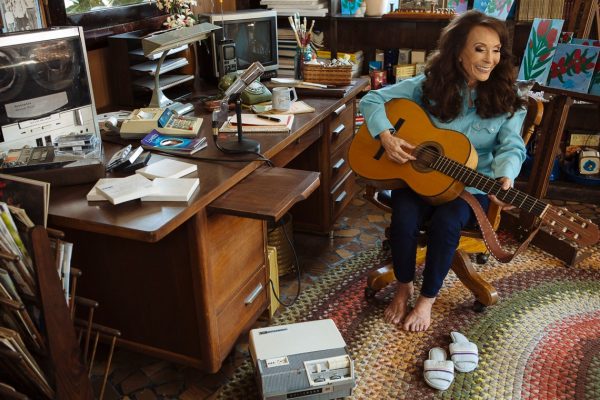 She showed us all how to unapologetically tell the truth. One of the greatest there ever will be. I’ll be singing “Dear Miss Loretta” with a little extra love tonight at the @opry ♥️ Now she really is a Honky Tonk Angel 🕊 #RIP pic.twitter.com/fiUNnTrlvZ

From a coal miner’s daughter to international super stardom Loretta Lynn was the real thing and will remain so in the eternal world of country music and beyond. Nobody sang with such sincerity, such truth as Loretta. She may be gone but we will listen to her forever. RIP pic.twitter.com/JsKdnnZeAl

"You either have to be first, best or different." —@LorettaLynn who was all three. #RIPLoretta pic.twitter.com/kmTMbg9CLs

RIP #LorettaLynn — What a legacy. 👸🏻 pic.twitter.com/CK6acngmB4

I’ll never forget meeting Loretta Lynn and her home was one of my most memorable and favorite locations to ever visit. She was the most kind person you’d ever meet. Rest in Peace pic.twitter.com/8IEd53tY4F

We are saddened to hear of the passing of country music legend and superstar, Loretta Lynn. Our hearts are with her family and all of her fans at this time. ❤️❤️ pic.twitter.com/6J1wJqSMl0

Listening to nothing but Loretta Lynn for the rest of the week. RIP to an absolute icon in country music. Damn.

Loretta Lynn had more songs banned from radio than every other male country artist combined in the 20th century. pic.twitter.com/IOchPjwmWL

The news of @LorettaLynn’s passing just came across my news feed and time stopped. There will never be another like her. May she forever sing with the angels!! #lorettalynn pic.twitter.com/p3KPADswTt

Rest In Peace my beloved “Retty.” I will always love you. 🤍 pic.twitter.com/Sb6vO7LT0B

Loretta Lynn contributed enormously to the world of Country Music. All of us adored and loved her. 💜 pic.twitter.com/M8LIXNu3IQ

My hero @LorettaLynn got her wings & it's been a day filled with 😭. Thnking God above for blessing me w/ her music & guidance through the music world. I looked up 2 her always. We became bffs, she brought me 🌹 always and I brought 🌹 to her. Even named a 🐴 after her! ❤️ U4ever pic.twitter.com/KNG1nM3FNf